I received a letter from the IRS regarding my cryptocurrency (virtual currency). Now what? 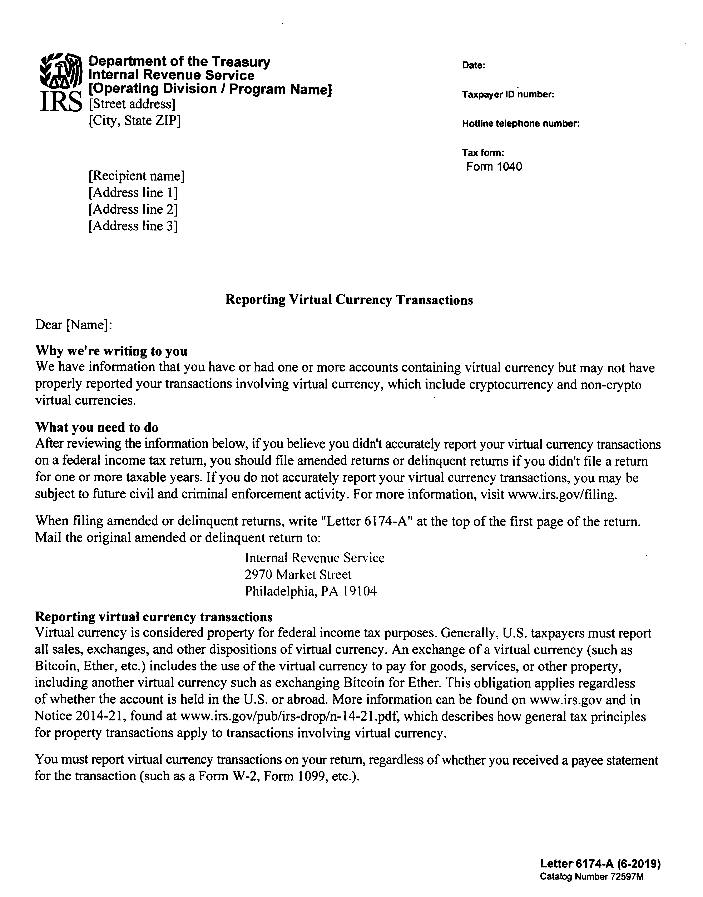 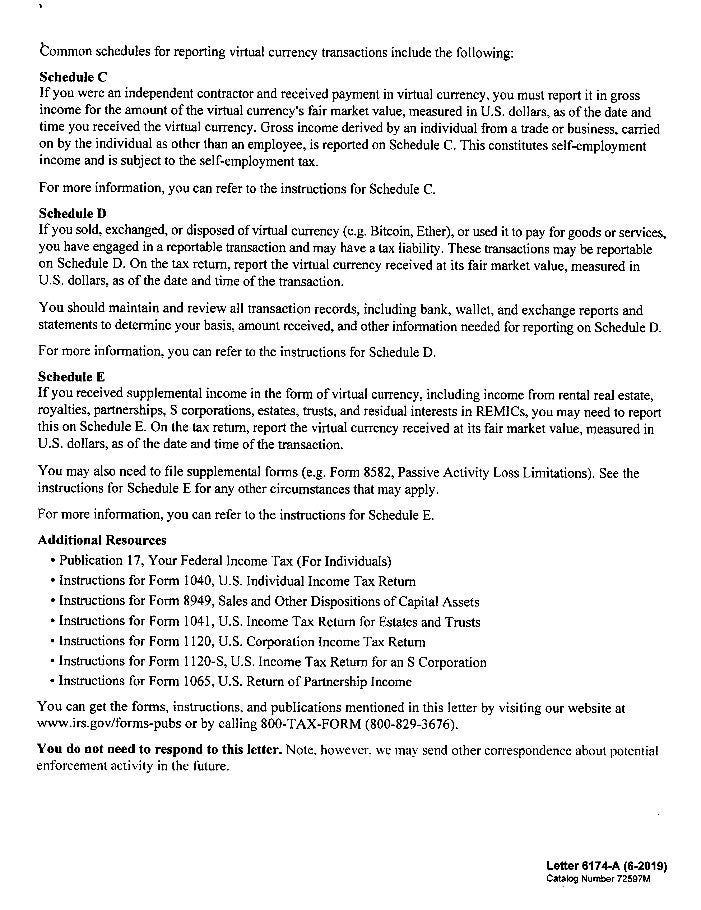 It can be safely assumed that the IRS is issuing these letters in response to the big win against the third party cryptocurrency company, Coinbase.  In February of 2018, Coinbase notified many of its account holders that it had to provide the United States (3:17-cv-01431-JSC) with user information for tax purposes for years 2013, 2014, and 2015. The IRS is aggressively going after United States individuals who are using cryptocurrency and potentially not paying taxes on any gains, or on any taxable income received.

Coinbase, is an electronic wallet, that can store Bitcoin, along with other cryptocurrencies.  In 2009, Satoshi Nakamoto created a network for an anonymous peer-to-peer electronic payment system.  The ledger for this system, rather than being maintained by a trusted third party like a bank, is publicly reported anonymously on a network ledger, which is called a blockchain.  The anonymity of the transactions creates another positive reason for its uses.    The information is protected with a private key, like a password, to access the account.  Bitcoin remains the most popular cryptocurrency on the market.  While Bitcoin may be the most popular, Facebook's founder Mark Zuckerberg also came out with a new cryptocurrency Libra and has had a fair amount of press regarding this new virtual currency.  In July of 2019 a G7 was held for Facebook's new cryptocurrency that it has proposed, Libra.  The G7 French Finance Minister Bruno Le Maire stated concerns regarding cryptocurrencies, saying, “We cannot accept private companies issuing their own currencies without democratic control.”  Governments worry that while tech companies are being innovative in e-commerce payment systems, that electronic currency could impact the economies and global markets and are proposing tight regulations.

Don Fort, the Chief of the IRS's Criminal Investigation Division, recently said that the division is concerned about cryptocurrencies impact on tax administration because of the lack of visibility in the financial transactions, which increases the probability of fraud. Ford said that the Joint Chief of Global Tax Enforcement (J5) has been investigating cybercrimes and cryptocurrency and is expected to have successful criminal cases in the next year. The J5 is an international tax enforcement collaboration between the United States, Canada, the United Kingdom, the Netherlands, and Australia.

While the outlook for virtual currencies and financial innovation continues to grow in popularity, the tax consequences and regulations will also continue to encroach on individuals and companies who are utilizing these currencies for use in purchases and investments.  So far, the IRS has increased the amount of time it invests in researching virtual currencies and litigation with Coinbase.  Notice 2014-21 gave taxpayers some guidance regarding rules and regulations surrounding virtual currencies.  In summary, if you invested in a cryptocurrency, or have a mining operation, you should be on the lookout for correspondence from the IRS regarding your involvement and make sure that you have properly reported all your income from virtual currency sources, including information returns (W-2s, 1099s).

Before amending any returns or corresponding with a government agency, consult with a tax professional regarding the tax implications of your fact pattern with your use of virtual currencies to protect yourself against any penalties or potentially criminal consequences.